Change Dimension Offset from Wall - changes selected dimension offset from wall as it is indicated in Wall Dimensioning Configuration.

To activate the distance from the wall, you have to choose the feature and then select the dimensions first and the wall after. 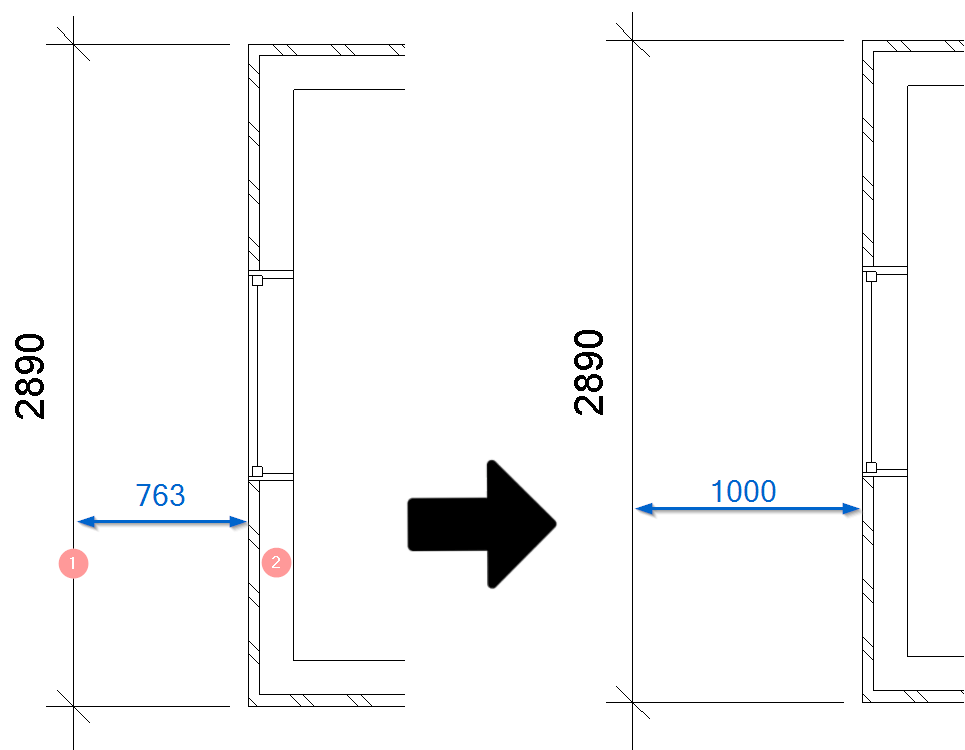 First, dimension that will move has to be selected and then other dimension. 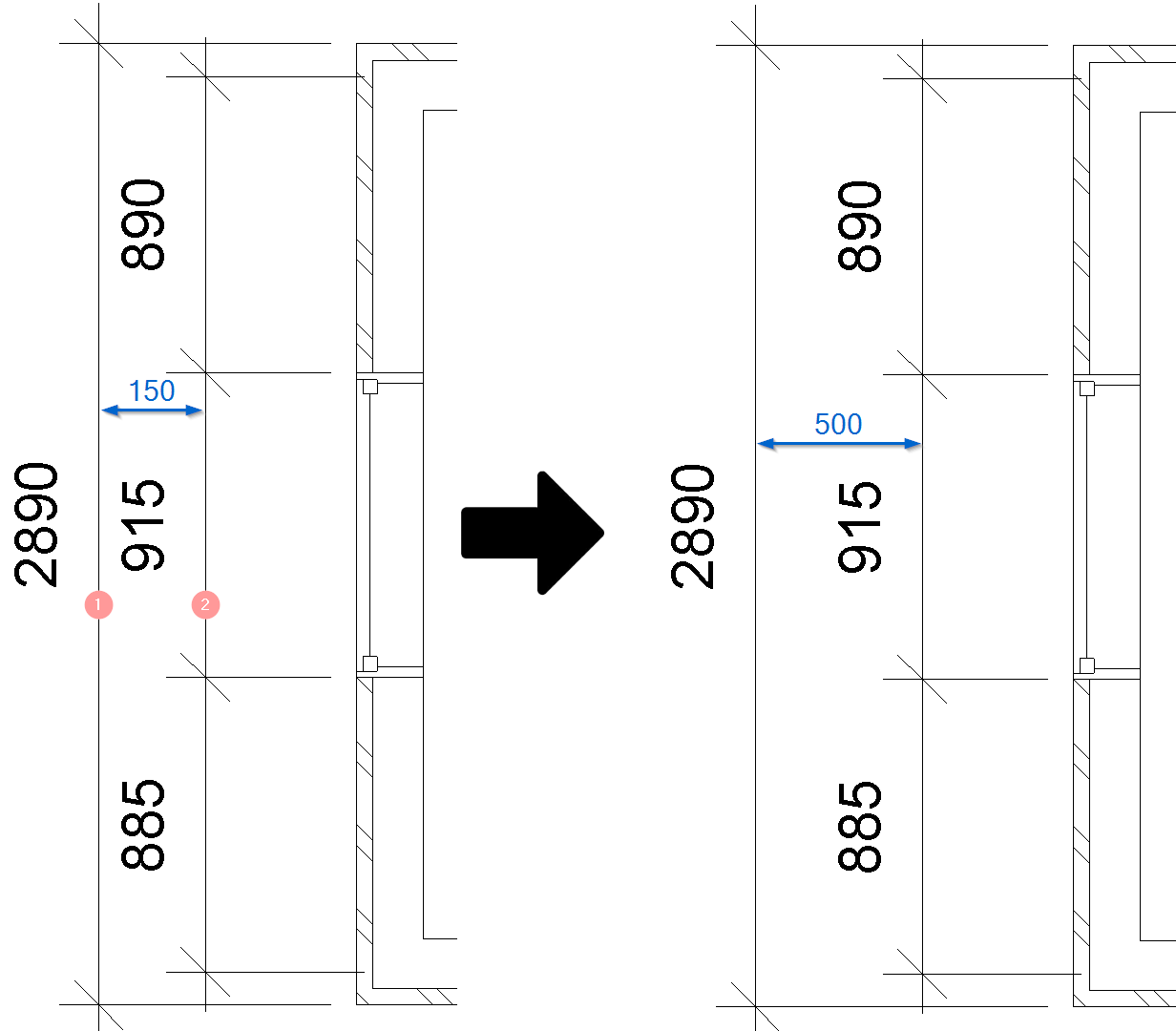