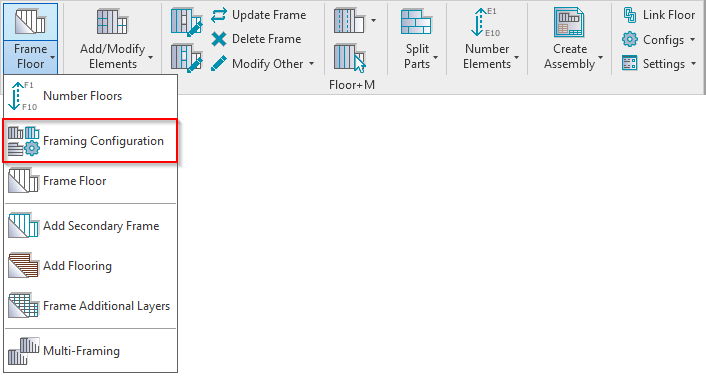 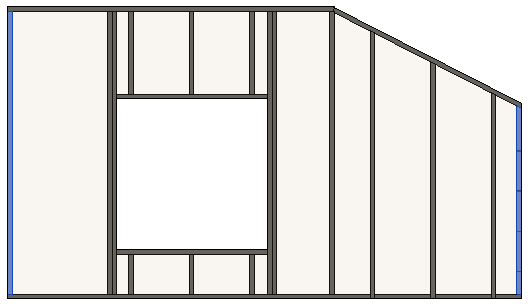 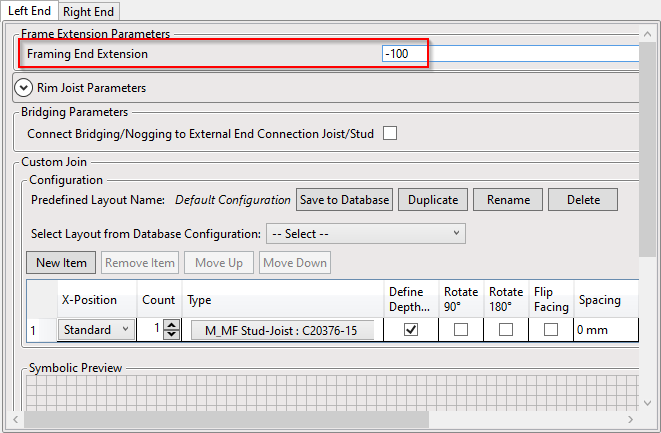 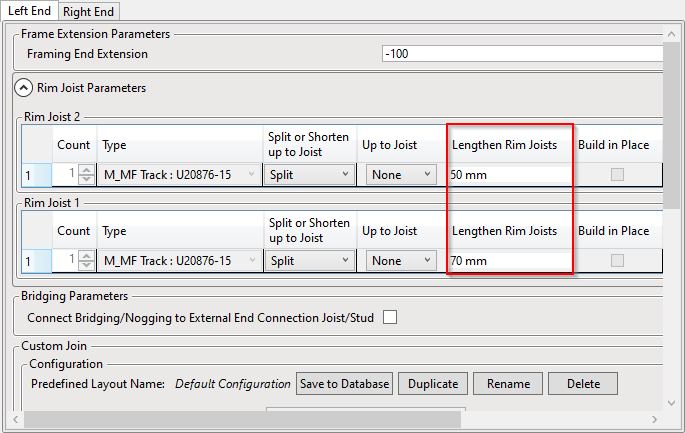 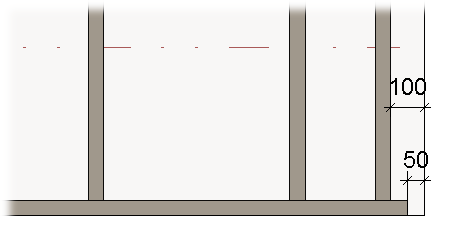 Split or Shorten up to Joist 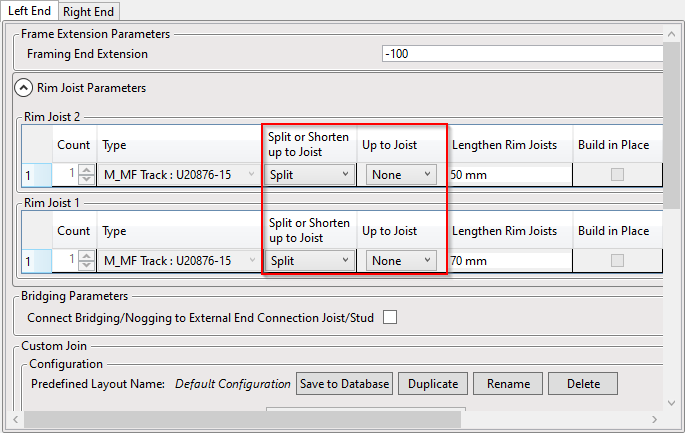 Split or Shorten up to Joist – splits or makes the rim joists shorter.

Split at Joist – select number of the joist where the top/bottom rim joists should be split or shortened.

E.g. Bottom rim joist is split near the third joist: 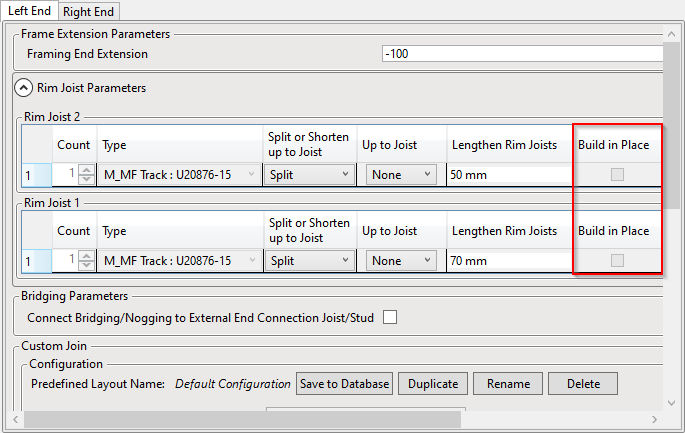 Build in Place – writes Yes/No information into the rim joist instance parameter if rim joist is build-in-place or is prefabricated with whole floor frame.

Such rim joists will have the Build in Place parameter switched ON: 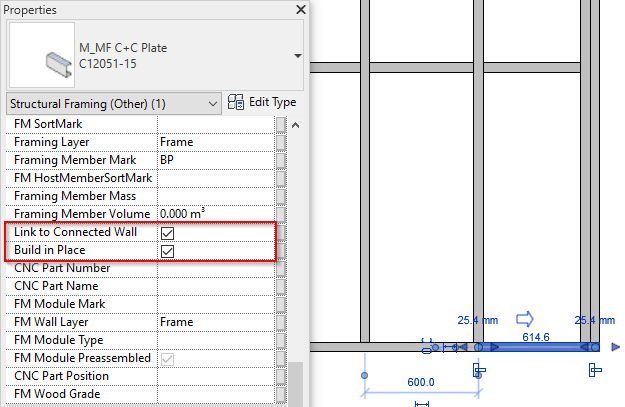