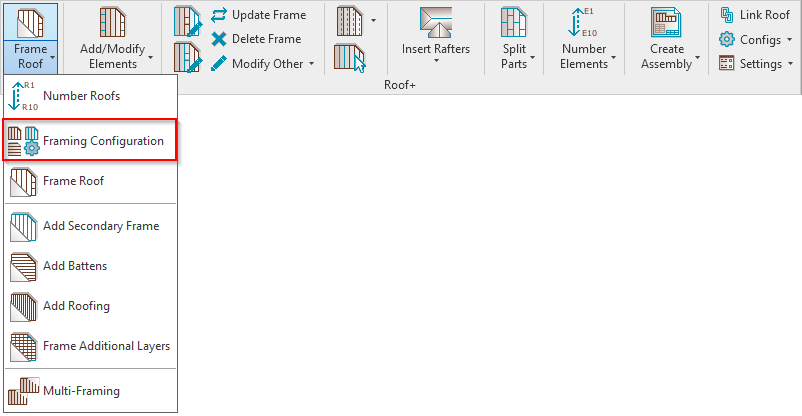 In order to edit, create new, rename, or delete opening framing configuration, you have to click Edit Configuration for the structural or non-structural roofs:

It saves all the settings of trimmer joists, headers, trimmers, other joists that are listed down below in the dialog: 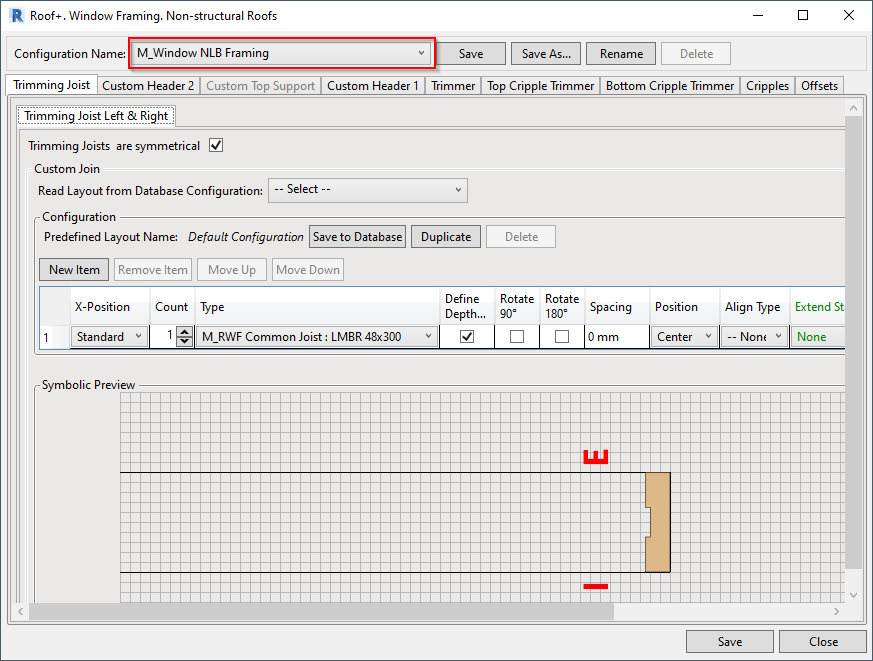 Read more about every feature here >>